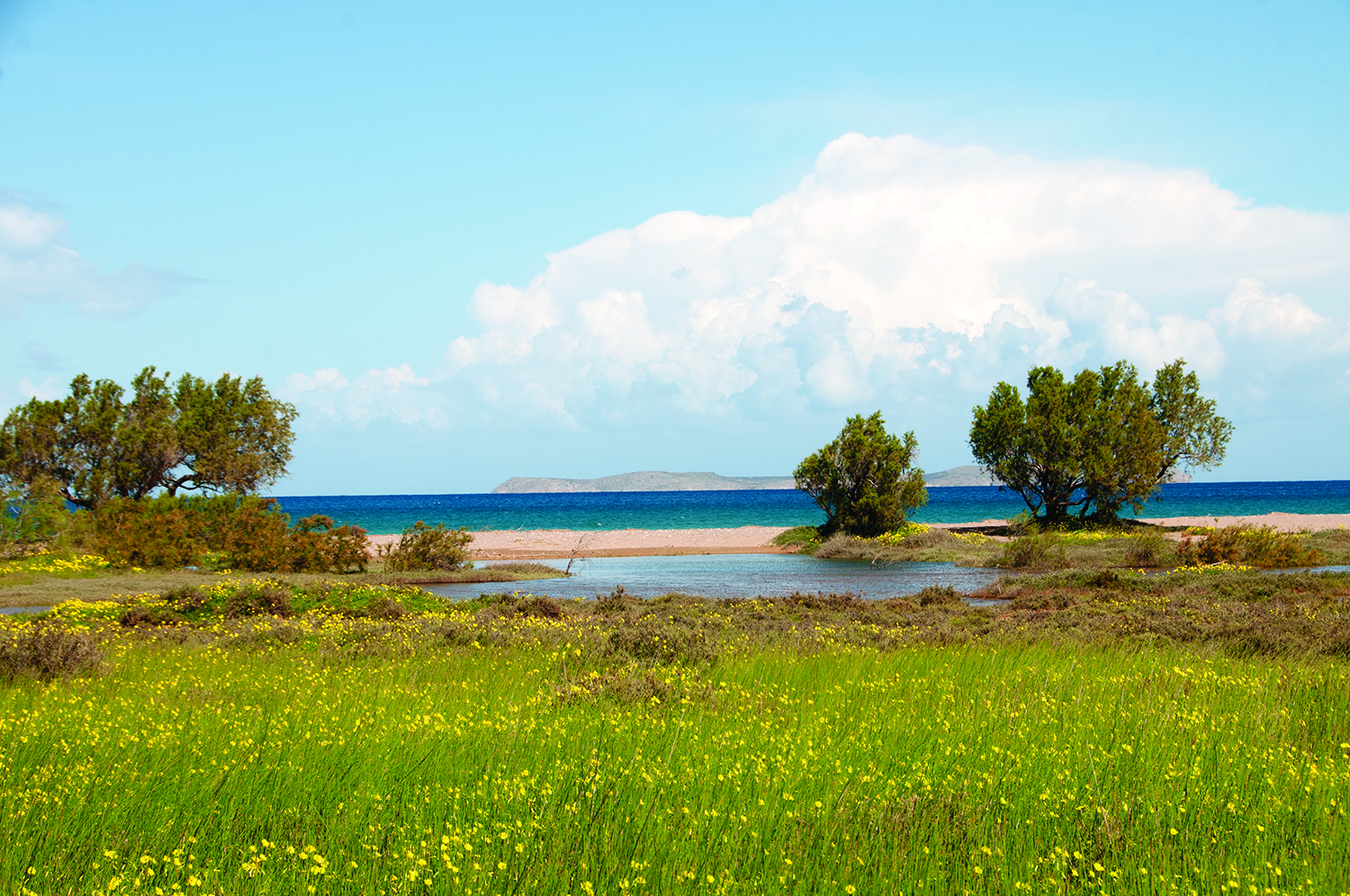 The prevailing ecosystem in the area is mainly brush, i.e. low vegetation that mostly consists of brushwood, aromatic herbs and invertebrates, reptiles and mammals that live in such habitats. There are no large forest ecosystems or clusters of trees in the area, except in the Palm Forest of Vai, where the Cretan Date Palm (Phoenix theophrasti) prevails, and small patches of Kermes Oak (Quercus coccifera), Oriental Planes (Platanus orientalis) and carob trees (Ceratonia siliqua), usually found in canyons and ravines.

Habitat is an ecological or environmental area that is inhabited by a particular species of animal, plant, or other type of organism. It is the natural environment in rich an organism lives, or the physical environment that surrounds (influences and is utilized by) a species population.

The habitats observed in the area, which have been recorded in the NATURA 2000 network, are patches of Phoenician Juniper (Juniperus prhoenicea) on coastal sand dunes, such as the areas of Chryssi Ammos in Vai and Katsounaki beach in Xerokambos, and brush vegetation that dominate the entire park, Mediterannean ecosystems with a steppe-like mountainous grasses, rocky habitats on steep mountainsides and canyons, Mediterranean rivers with periodic flow, clusters of Cretan Date Palms, wetland systems and small Mediterranean lakes that periodically flood with waters, and, lastly, agricultural land as well as crop fields, mainly vineyards and olive groves.

The palm forest of  Vai is one of the most important ecosystems worldwide and it is also one of the most well known and visited places in Crete because of the fact that it is the only palm forest in existence in Europe, which has the Phoenix theophrasti type of palm tree.

The palm forest has been characterized as an aesthetic forest (presidential decree 121/1973), Special Protection Zone for the birds, according to the instruction 79/409/EOK, and Specially Protected Area according to the protocol 4 of  Barcelona Contract.

The specific type of palm tree Phoenix theophrasti is included in the annex II of the instruction 92/43/EOK concerning the conservation of natural habitats as well as the wild flora and fauna.

It occupies an area of 250 acres. In the forest there are a lot of shrubs and their main positions are those of oleander (Neriumoleander), shinos (Pistacia ientiscus) and other positions near the beach, which contain salt marsh scrub and a lot of brushwood with laudanum (Cistus creticus, Cistus salvifolius) and heather (Erica manipuliflora) etc.

The Mediterranean rivers with periodic flow, which run the risk of interrupting flowing and developing dry riverbed, are included at this natural habitat. They are found in flat areas mostly near Palaikastro, kouremenos and Maridati. On the river banks, with periodic flow and the streams the presence of oleander is characteristic.

They are caves that are not available to the public, including their water surface and streams. At their entrance one can easily notice mosses and lichens. The habitat is included in the relevant annex of the instruction 92/43/EOK and it belongs to the habitat group “Rocky Habitats and Caves”.

Those caves that are not exploited for tourist reasons are extremely important to biodiversity as they host rare, endangered and high endemism species, especially bats and amphibians. They are actually places of wintering for most European bat species many of which are endangered. In addition, there can be found large numbers of invertebrates living exclusively in caves and groundwater.

In the northeast edge one may find small caves mostly near the sea on the steep, rocky coast. There are larger caves in the massif of Sitia, which will be studied more thoroughly in a separate chapter with a full description available.

There are a lot of caves and because of the fact that most of them are found on the vertical cliffs of the canyons they make up important habitats for the nesting of many different avifauna species, especially for bats.

There are also the semi natural ecosystems which include farmlands, waste lands and farms with significant areas of natural vegetation. The farmlands are usually more important flora habitats since they are places of foraging and nesting for many different fauna species. Especially in Zakros, where olive trees are grown, a semi natural habitat has been created giving the arid environment of East Crete a more special ecological value.

As far as avifauna is concerned, rural ecosystems are of great importance.

The area is of great importance for the protection and conservation of avifauna and that is the reason why it was included in the Net Natura 2000. The most important birds that have been observed and recorded are:

The Golden Eagle or Vitsila Aquila chrysaetos, is the most powerful predator in Greece. Its wing span reaches 185 – 220 cm and its body length reaches 75 – 90 cm respectively. Unfortunately, it is an endangered species since only very few couples have been left.

The Redbreast Falco peregrines brookei is one of the fastest bird species in the world and the most powerful hawk species in Greece. Its wing span reaches 90 – 115 cm and its body length is about 35 – 50 cm. The area in Zakros is one of the most important habitats for this particular species.

The Kestrel Falco naumanni is one of the most renowned hawk species in Crete. Local people also call it “anemogami” because it has the ability to swing at a fixed point in the air.

The Vulture Gyps fulvus is a huge and heavy with a wing span of about 260 cm and body length of 97-104 cm. It is often seen flying above mountains looking for food.

The Hen Harrier Circus cyaneus migrates to the East Mediterranean during the winter.

The Osprey Hieraaetus pennatus is a passerby during migration, mainly in October and in early spring (February and March).

Reptiles, mammals and amphibians are the same as those living in the area of Northeast Crete.

Marine caves (entirely or half from the sea surface)

They are caves situated on the rocky coast. The most important of them are those on the Dionysades islands and Elasa island, where the most endangered Mediterranean seal Monachus monachus nests and reproduces.

Posidonia ecosystems are the “tropical forests” of the Mediterranean Sea, known to fishermen as “fykiada” (seaweed meadow). They are highly productive areas, providing refuge to large numbers of fish and invertebrates.

These are natural habitats of priority.

They are small lakes formed on the coastal area of Hiona and they are created by the concentration of the resulting rainwater. It is a very important habitat for the avifauna of the region.

These are again habitats of priority.

They are small, shallow lakes in the area of the palm forest, Maridati, Erimoupoli and kouremenos. Their existence is based on the concentration of water wells and the ripple of the sea. The most important plant is Thrifts salicornea europa.

It is a plant of great significance for Crete as its spread throughout the island is confined only in the area of  Kouremenos. Moreover, in this area the bulrush Juncus acutus, the pole Arundo domax, to name but a few, usually thrive.

It is a natural habitat of priority.

The above habitat appears in the east part of the palm forest in fine sand. It is a natural habitat of great geological and morphological interest. It is about a constant concentration of sand 20 – 40 metres wide, which is developed within the plain and its depth exceeds 200 metres. It is extremely vulnerable and a single alteration may cause a total destruction of the present species

Clusters of akrefthon (Juniperus phoenicea) in the form of trees sometimes forming small woods can be found in a lot of places.

Plant communities with the dominance of Cretan Ebony( (Ebenus cretica)

They are natural habitats of priority.

They are present in small populations in areas near Palaikastro. They are again natural habitats which are becoming extinct. Nowadays, they are found in very few places and especially in road embankments.

These habitats are frequently found in the area of Sitia. They consist of low, usually spiny, hemispherical bushes. They have a wide range of flora, in terms of its composition from place to place, and a wide range of environments.

The main characteristic of this habitat is the brushwood. Some of the brushwood is limitedly spread, some is endemic or it is found only in some parts of Greece. The most abundant species are Sarcopoterium spinosum, Coridothymus capitatus, Genista acanthoclada, Cistus creticus, Erica manipuliflora, Cistus salvifolius, Satureja thymbra, Euphorbia acanthothamnos, Ballota acetabulosa, Plhomis fruticosa, etc.

Brushwood in bushy form. Predominance of Euphorbia dendroides It is usually present on the Dionysades islands and at many spots at the canyon of Kato Zakros, Xerokampos, etc.

Brushwood with achinopodi Genista acanthoclada and heather Erica manipuliflora are all present in lots of spots not only in the northeast edge but all around the area of Sitia.

This habitat is characterized by chasmophytic vegetation of Mediterranean limestone escarpments. It is usually found in steep rocks with inclinations 65 – 100%. There is a wide range of  flora and endemic species in the habitat, such as the wild rose, Dianthus juniperinus, and the capers, Capparis spinosa.

These formations have usually the form of tree scrub, but some clusters may reach a greater height. The olive and locust tree forests thrive in limestone grounds, which are usually barren and skeletal.

In our area they are usually limited to small clusters, mainly in gullies, on steep hillsides and in the many local gorges.

These are communities of sand-friendly and sand dune vegetation in eastern Mediterranean and they are found at the beaches of  Xerokambos, in the lake Alatsolimni and in other numerous places.

The ecological importance of the habitat is profound because of the vital role the sand dune vegetation plays in curbing the sand and stabilizing the coastline and therefore protecting the flora.

Within this zone one can find exclusively herbaceous species, especially the Amaranda Limonium greacum as well as the endemic plant Limonium sitiacus.

Habitats that mainly occur in ravines and in steep rocky areas

Primary vegetation with Salicornia and other annuals of mudflats and sandflats

The most important endemic flora

silene holzmannii, (annex II, instruction 92/43 EOK). It is an Aegean endemic species, which is grown only within the limits of the islet across the beach in the palm forest.

It is a very important, strictly endemic species. It is also becoming extinct.

This is also a very important and strictly endemic species found at places full of platy limestone.

It is almost stenoendemic species found in very few places on The Dionysades islands.

It is almost a stenoendemic species as it is reported to have also been found on an islet near Kasos.

Apart from the palm tree of Theophrastos Phoenix theophrasti and the Salicornea europea other important species are:

It is an African species, which is extremely important to Europe, as it spreads only in Crete and Cythera.

It is an African species extremely important to Europe as it spreads except for Africa only in Crete and Cyclades.

It is an East Mediterranean species, which is also very important to Europe as it grows only in the northeast Crete, especially on the coast of Plakopoules and Hiona. 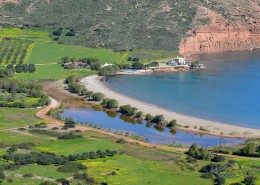 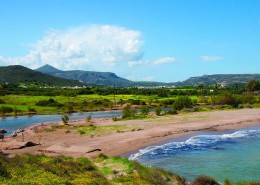 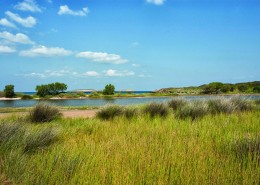 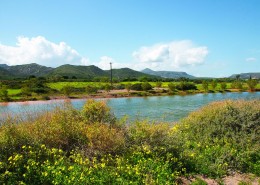 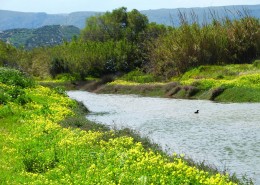 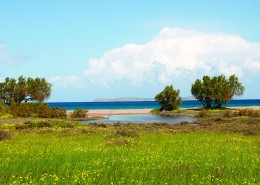 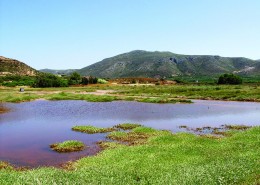 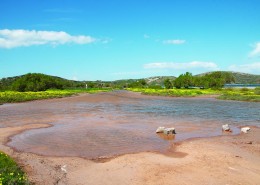 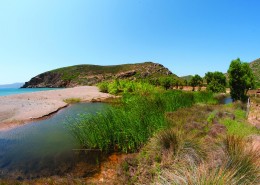 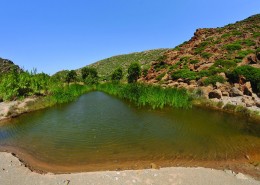 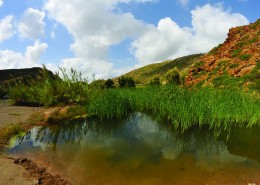