The areas of special natural beauty are regions which stand out for their aesthetic value and they stay natural to a great extent, although they are usually structured. These areas usually include traditional settlements and archaeological or historical sites. Their size has been measured by man and it does not exceed the walking ability of a day, except for some special cases.

The areas which are characterized as places of special natural beauty are :

a) the Palm forest Vai with place code AT11050. Its ecological and aesthetic value has already been mentioned.

b)  Zakros, Place Code AT11057. It is an extremely natural and historical landscape.

c) The village Lithines, Place Code AT6011014 It is characterized as a historical place and it stands out for its natural and structured landscape. Lithines is a picturesque settlement built on the top of a hill which is surrounded by groves. In the southeast, the boundary of the settlement is a cliff on the base of which a stream with rich riparian vegetation flows. Lithines is also the only region of Sitia where a remarkable pine area still exists near the settlement.

d) The Voila settlement with code AT6011058 is a traditional one, which is also characterized as an archaeological place and wild life sanctuary.

e) Petsofas with code AT6011002 is an archaeological place included in the Net Natura 2000. It is a treeless hill of 215 metres in the southeast of  Palaikastro with scarce brushwood vegetation. On its top, there is a sanctuary of the Middle Minoan period. It has got exceptional panoramic view.

f) Dionysades islands with code AT20007. 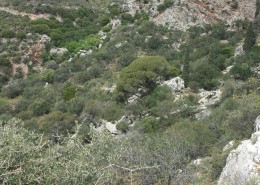 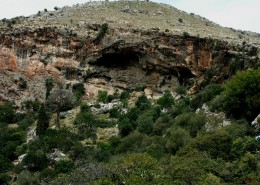 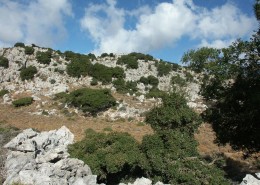 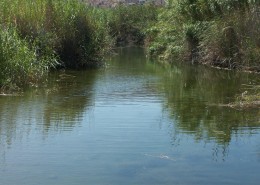 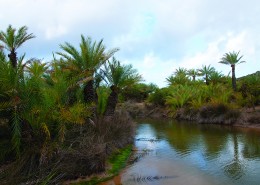